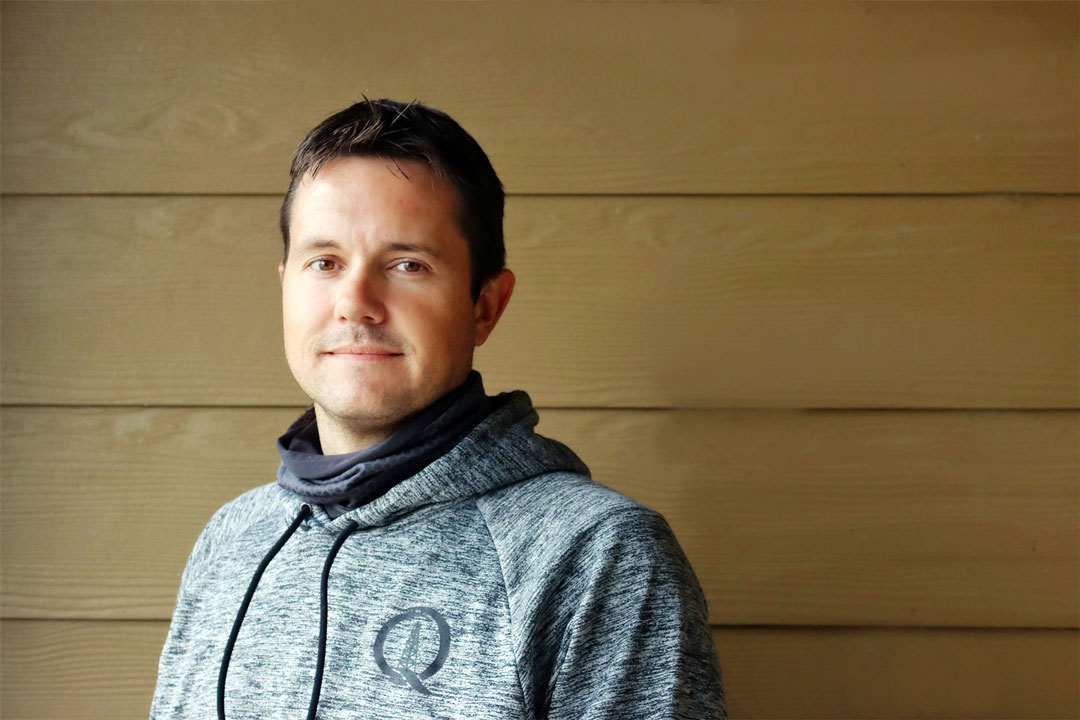 Posted at 11:04h in Transformed Lives by BDI_dev

Grateful through it all: Adam is especially thankful for YOU!

At age 32, substance abuse has consumed most of Adam’s adult life.

Influenced by the wrong crowd, he started using alcohol in high school. As he began his career and faced the stress that came with it, his drinking continued. “I justified it as something the working man does.” Soon his alcoholism escalated to the use of harder drugs, and he grew depressed and suicidal. In a desperate attempt to take his own life, he lost his leg. “But that wasn’t even rock bottom,” he says.

He continued his destructive habits until he finally reached the end of his rope.

“I wasn’t eating. I was in a constant state of despair and misery. I was losing my friends and family… and on the verge of becoming homeless.” He reached out to his father who responded with tough love and refused to take him in. Instead, he drove Adam to Wyoming Rescue Mission.

“On the outside I looked like I had it all together, but inside I was in turmoil.”

Adam admits he planned to stay only a few days. “But the classes started to open my eyes,” he says. “I started reading the Bible and listening to other people’s testimonies. Then I knew that I’m not alone in this.”

And when his family called him on Easter Sunday, offering their love and support, he was even more certain he’d made the right decision.

Today, as he continues his transformation in our Discipleship Recovery Program, “God is doing some amazing things in my life,” he says. “He has totally restored my faith and I have an ongoing relationship with Him.”

When he graduates from our care, Adam plans to go wherever the Lord leads him, and he believes that path will take him back to school to become a licensed chemical dependency counselor. “My purpose is to help others as Jesus Christ helped me.”

As Adam celebrates this Thanksgiving, he feels incredibly thankful for your compassion and support – and how it’s given him a fresh start in life. “The Mission has given me hope and excitement to look forward to the future.”

Adam’s story of hope and healing is inspiring. Our long-term recovery programs exist to help other men and women find healing. Will you provide this help to others?